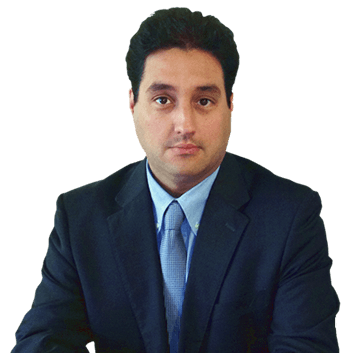 I began my professional activity in 1996, after graduating with a law degree from the Universitat Autònoma de Barcelona (UAB – Autonomous University of Barcelona). I entered the field of administrative and urban planning law in 1997, and later that of environmental law. In 2009, I was a founding partner of the practice Palma Rivero Advocats associats, SLP, which became Prodret Advocats, SLP in 2012.

In 2016, with practically twenty years’ experience behind me, I took my career to a more personal level by opening my own practice, Albert Bernadí – Advocat, and offering my services (whenever required, assisted by and in collaboration with other professionals, such as architects, engineers, economists, etc.) in the fields of administrative, urban planning and environmental law, mainly to private clients (natural and legal persons), but also to government agencies and public bodies.

In 2013, I began working as a lecturer at the Universitat Oberta de Catalunya (UOC – Open University of Catalonia), specifically in the Master’s of Law degree course (administrative law).

After completing my law degree (UAB 1991–96), my academic achievements have included a post-graduate course in administrative law (Universitat de Barcelona 1997) and doctoral studies, specialising in public law (Universitat Pompeu Fabra 2001–2003), which I finalised with the presentation of my research work (‘The Invalidity of Building Permits Deemed Granted by Administrative Silence’).

These have been complemented by further studies in different areas:

This website uses its own and third-party cookies to improve the services offered. By continuing to navigate our website, you are agreeing to their use. More information is available.
Read moreAccept
Manage consent

This website uses cookies to improve your experience while you navigate through the website. Out of these, the cookies that are categorized as necessary are stored on your browser as they are essential for the working of basic functionalities of the website. We also use third-party cookies that help us analyze and understand how you use this website. These cookies will be stored in your browser only with your consent. You also have the option to opt-out of these cookies. But opting out of some of these cookies may affect your browsing experience.
Necessary Always Enabled

Any cookies that may not be particularly necessary for the website to function and is used specifically to collect user personal data via analytics, ads, other embedded contents are termed as non-necessary cookies. It is mandatory to procure user consent prior to running these cookies on your website.